How has Thai Massage evolved over time?

Written by admin on November 11, 2015. Posted in Thai Massage The evolution of Thai massage is shrouded in the mystery of time caused by the destruction of written records during the Burmese invasion of the Siamese capital of Ayutthaya in 1767. However,the influences of yoga, ayurvedic medicine, and traditional Chinese medicine is obvious, as the movements are based on the ………of yoga, and the attention to pressure points is similar to the …… of Ayurveda and the …….of Chinese medicine. Buddhist monks and nuns would later integrate any beneficial medical system to the one brought from India. The influences from China, India and other surrounding countries has played an important role in enriching the existing time-honored Thai massage system. As a result of modernization and western influences, traditional Thai massage which earlier was practiced in Buddhist temples by monks and nuns is no longer limited to the temples or its vicinity. 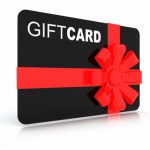